What is Radiofrequency Ablation / Rhizotomy?

Radiofrequency ablation (RFA), also called rhizotomy or neurotomy, is a novel non-surgical technique of treating pain. This technique employs radiofrequency waves to produce heat and the heat produced damages the nerves transmitting pain signals to the brain. This procedure is performed to treat painful facet joints in the spine that usually cause chronic low back pain and neck pain.

Radiofrequency ablation is a minimally invasive technique and therefore administration of general anesthetic is not required. You will be conscious throughout the procedure and lying on your stomach. Only a small area over your back which requires treatment is cleansed and numbed. This procedure is performed under the guidance of fluoroscopy. The fluoroscope is a special kind of X-ray machine that helps doctors to visualize the placement of the needle electrode in invasive procedures.

During the procedure, your doctor will direct a special radiofrequency needle electrode close to the facet joint in such a manner that the needle tip lies almost near to the medial branch nerve. The needle tip is then heated so that the nerve gets cauterized and destroyed thereby reducing the pain. This procedure may last for about an hour or two. 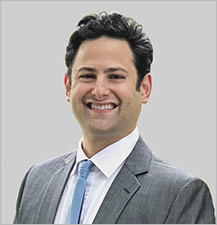